‘Sweet victory’ for vegan is third in three years

Ariel Rosenfeld has taken first place in the Israeli 24 hour running championships for the third time in a row. 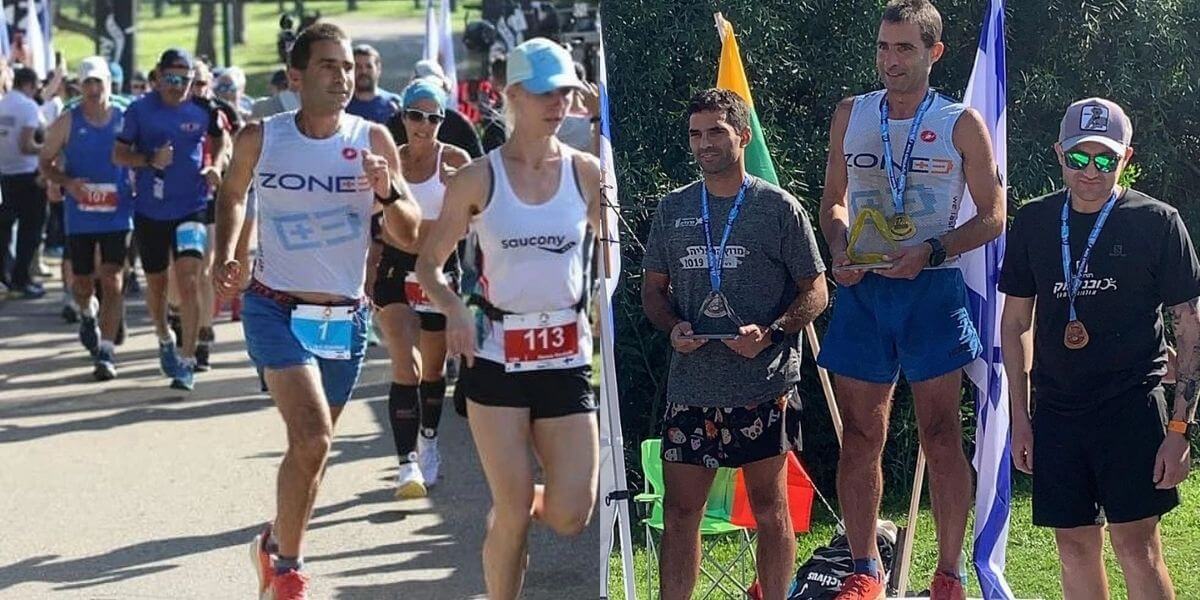 Ariel Rosenfeld has taken first place in the Israeli 24 hour running championships for the third time in a row.

Late last year Ariel’s son was diagnosed with teenage diabetes which shifted priorities for the family.

“For about a month I barely ran at all, during a time that is usually the peak of training for Spartanion” Ariel explains. It was doubtful whether Ariel would compete in the event.

Disruptions on the day

As training was not ideal, Ariel was not in peak condition.

“After the first 14 hours which was quite smooth, I had to deal with multiple vomiting…and balance between eating/drinking/walking and running.”

Ariel turned vegetarian in 2011 and a year later was vegan. He considered ethics after watching a Gary Yourofsky video. Since then he has taken numerous high profile running titles.

“90% of my nutrition is based on a variety of vegetables, fruit and legumes” he says. “I eat modest amount of cereals and nuts. The quantity depends very much on my training volume.”

It seems to work!

Like what we do? See how you can help.