Harvey Lewis has taken a victory in the run-up to a long-anticipated date in the calendar. 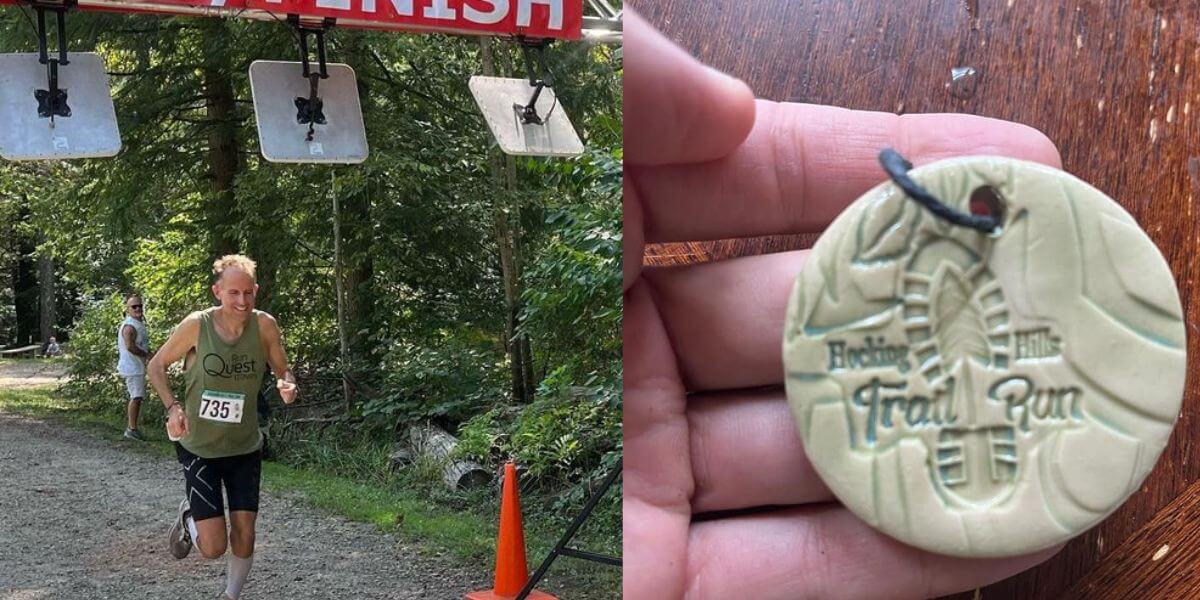 The prolific runner has won Badwater twice as well as breaking the format record at last year’s world championships in the last survivor setup.

Harvey ran the 60k Hocking Hills Trail race having planned to do so for years. This year a chance encounter with the second-place runner in the first race in 1978 spurred him on.

“Four weeks out to Big’s Backyard Ultra World Championship it was great to have time on my feet, with some roads, trails, roots and beautiful hills” Harvey says. “Even paced, my third of three 20k loops was my fastest.”

Harvey was full of admiration Hocking Hill State Park, which he described as “Ohio’s most iconic park with some amazing sites”.

He was also pleased with the medals, which are made by students who sign the back.

Big’s Backyard Ultra is an iconic event where ultrarunners run a 4.17 mile loop (known as a ‘yard’) every hour until they withdraw or fail. The race has no end and there is no pause for sleep! They run 100 miles per day.

Last year Harvey won after completing 85 yards in 85 hours. It broke the record which stood at 81 laps. He’s keen to return this year, and will be the man to watch.

Harvey has been vegan since 2016 after 20 years vegetarian. He loves animals and this is a big motivator to be vegan, but he’s aware of many other reasons.

“At the individual It has power to increase quality of life at every category and to lower their risk in every category. At the macro level it has the power to revolutionise a nation. In America an incredible amount of our GDP is tied up in healthcare. A lot of these things can be substantially reduced. Even think about people’s mood levels. There are so many things that can be improved.”