Former World Champion racquetball player Cody Elkins has won a Silver medal at the Junior Olympics.  The feat was all the more impressive because he was playing in a higher age category - as well as his own. 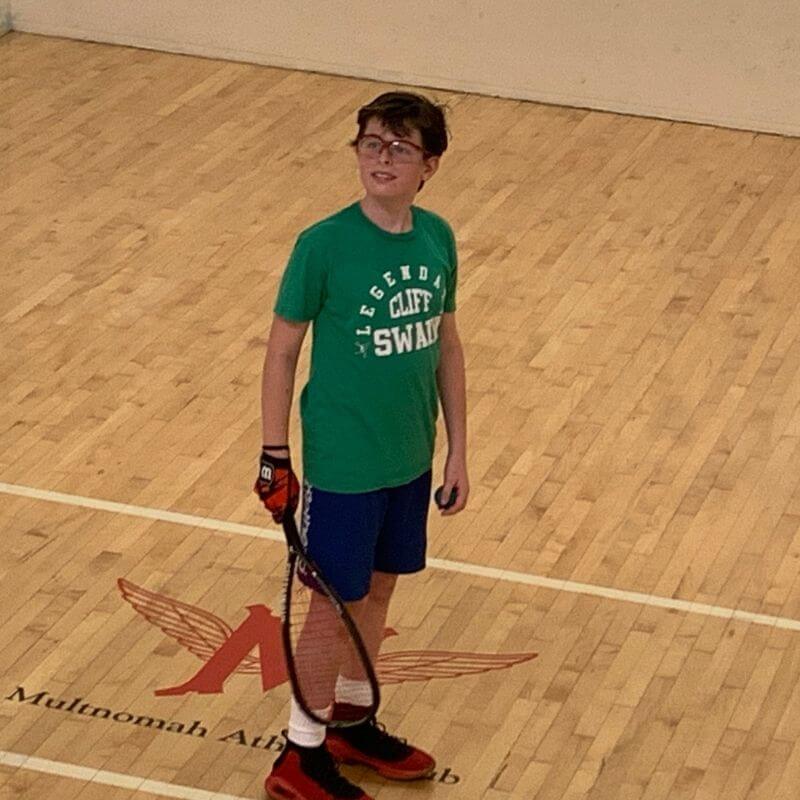 The Californian vegan is aged 14 and qualified for the 14 and under age bracket, although he also entered into the 16 and under competition when his doubles partner withdrew.

“It was difficult to a certain extent” Cody told Great Vegan Athletes “because the hours you put in before determine how you do in the early rounds.”

“What went well was I came in with a very good strategy each match.”

The final was very difficult and despite leading early on, five days of competitive matches – partly against older boys – took its toll.

Cody also took a Bronze medal in the 14 and under category.

In 2015 Cody won the World Indoor Championships (10 and under) and in 2017 he won the World Outdoor title in two categories.  All his achievements have been as a vegan; he turned vegan aged 2 and has been outspoken in support of veganism as a young man.