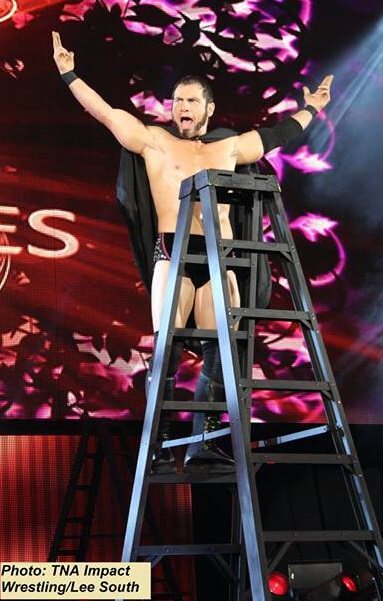 In a typically entertaining match, Austin avoided the match beingdecided on points. Hitting a discus forearm into a dropkick in the corner, he followed up by hitting a brainbuster for the pin and the win.

This win makes Aries an Impact Grand Slam winner, having held the tag titles, world title, and the X Division title. He’s the fifth man ever to have done this. The ‘Grand Slam’ approach is perhaps something we’ve come to expect from Austin, who is one of only five men to have won the Triple Crown with TNA Wrestling.

Last year Austin released his book ‘Food Fight’ which covered his discoveries about the food industry and his move to veganism in 2011 and he took time out to speak with Great Vegan Athletes at length. The win comes just two weeks before he hits his 40th, although he shows no signs of slowing down.

More on the fight

Subscribe to our site and catch all the news