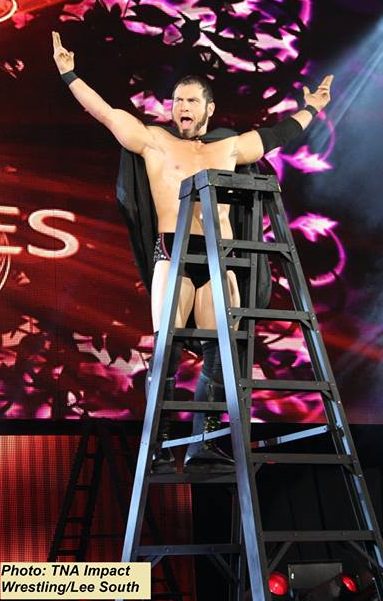 The 37 year old, who has been vegan for close to five years was announced recently. Austin has enjoyed success with TNA and ROH before joining the largest wrestling group this year.

Soon after he tweeted “Joining @WWE and the @WWENXT brand is the culmination of 15yrs of working hard and sacrificing for something I truly love to do.”

In true pro-wrestling style, Austin’s debut was delayed. He was ambushed by a rival wrestler before entering the ring, although he has since take part in a team match which he and his partner won.

Among other nicknames Austin is known as ‘The Vascular Vegetarian’ and has won practically everything in Total Nonstop Action Wrestling (TNA). This includes the World Heavyweight title and becoming one of only five men to win the Triple Crown.

His veganism has not gone unnoticed, with one wrestling article concluding: “Still, the fact Aries is Vegan hasn’t held him back, he’s in tremendous physical shape. This flies in the face of suggestions from some that meat is essential to build a fantastic body and pack on muscle mass.”