Neil grew up in Merseyside, (North West England), which is an area known for its fanatical following of soccer.  Born in Liverpool within a hundred metres of the Everton Football Club ground, he grew up supporting the club.  Despite his school concentrating on rugby he always had ambitions to play professional football.

His school played one annual football match and Neil played at home with older brother John in their back garden.  There was no official training but Neil and John both wanted to play football.  Their father hoped that one of them would play for Everton.

It wasn’t until age 15 that he played regularly for a team, and soon afterwards he wrote to Everton and asked for a trial.  On his 16th birthday he signed apprentice forms which saw him training as well as carrying out apprentice jobs.  These were mainly cleaning boots and training areas.

As an attacking full back he faced competition for a first team place from some big names of the day.   He was soon taken on as a full professional, signing forms on his 17th birthday.  To this day one of his proudest moments is his home debut.  Just over 12 months later in 1977 he played in the League Cup final second replay. Everton unfortunately lost 3-2 to Aston Villa at Old Trafford.

Neil played in European competitions for Everton and in their league campaigns in the top league of English football.  He still holds the club record for being born closer to the ground than any other player! 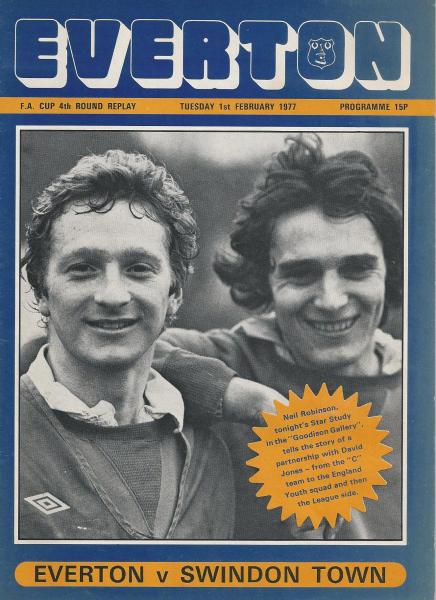 Taking Swansea to the top flight

In 1979 after 16 league appearances and one goal Neil transferred to Swansea City.  At Swansea, Neil was one of several former Everton players.  He put in 123 first team performances, scoring 7 goals.  Neil also helped Swansea to promotion to the top division in the 1980/1 team, which was a memorable campaign for Neil.  The following season in the top division he played against former teammates at Everton.   He also played for Grimsby and Darlington.

Neil’s older brother John also was successful in trials for Everton and played alongside Neil as teenagers in the Everton ‘C’ Team.  John was also the inspiration for Neil to consider what he was eating, and the two became vegans.

“In 1970, John had already been talking about the issues of animal cruelty” Neil explains “when I saw this documentary on TV where tribesmen living in the Amazon jungle performed a sacrificial slaughter on a cow.  I saw them butchering the animal and stamping on the neck to force the blood out and thought that this was just something I just didn’t want to be involved in.”

Neil was aged 13 then and this continued when he started playing football.  In 1980 he turned vegan in Swansea’s promotion season, and the change was fairly smooth.

“I was wondering if I could give up the likes of yoghurt and cheese but I became acutely aware that milk and egg production was just as cruel.” 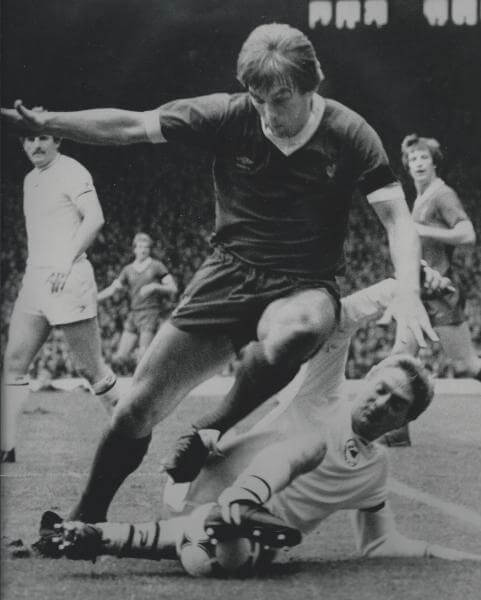 “No-one at the club seemed that concerned about what I was eating and that I was vegan” recalls Neil.“I was always one of the top 3 fittest players at all the clubs I played for so there were no issues.  Had I been struggling with my fitness, I’m sure they would probably have suggested I eat some meat.”

At the time Neil ate a lot of rice, beans and pasta and he made his own tofu and soya milk.  His pre-match meal was bananas on toast for many years and he earned the nickname ‘Bananaman’.  Travelling was sometimes less straightforward.

“I’d make sure I spoke to the hotel chef as soon as I could” explains Neil, “and I also took my own food with me.  I had beans on toast a lot, at a time when standard footballers food was steak and chips.”  He had a lot of boiled veg and salads and travelled with soya milk, nuts and seeds, dried fruit and sometimes oats for breakfast.  He sometimes wanted to bump up his calorie intake and, like a lot of sportsmen, occasionally took protein powders such as soya.

Neil suffered an ankle injury in 1990 and, at age 33, was advised to retire from football.  This wasn’t an easy decision but as his contract had expired and as he had a family to support, there were pressures to move on.  He was also aware that aggravating the injury could have caused lifelong problems, which have thankfully not prevailed.

After working with his brother and in other jobs for a while, Neil started one of the first gyms in Widnes and qualified as a personal trainer.  He later started taking an interest in foods and has developed a healthy vegan snack bar with sport in mind.  This has developed into the Frank Bar, which has been developed by researching nutritional requirements and experimenting in his own kitchen.

This enthusiasm for frank and honest food continues and Neil worked for a time for Frank Foods who distribute the bars.  He is proud of the nutritional research and the resulting products.  Nutritional tests rated the bar very favourably compared with competitors.  The name Frank developed because the aim was to be honest and ‘frank’ about the product.

He continues to train in the gym both aerobically and with weights, but now sees long term health as his goal.  He has also researched an exercise programme aimed at (but not restricted to) the over 50s using interval training and high repetition weights.  He’s had any changes professionally assessed at Liverpool John Moores University.

“My aim now is to be happy and healthy.  I’m not competition-fit, that’s something else, but I’m in good health and fitness.”

“Animal foods are absolutely unnecessary for health and fitness.  Meat and eggs offer nothing from an energy viewpoint with carbohydrates sourced exclusively from plants. They do offer protein but it’s so easy to get protein from plant sources.  I’d also be concerned about hormones and steroids being passed on via the meat and you don’t know what’s being passed from cow or chicken to milk or eggs.” 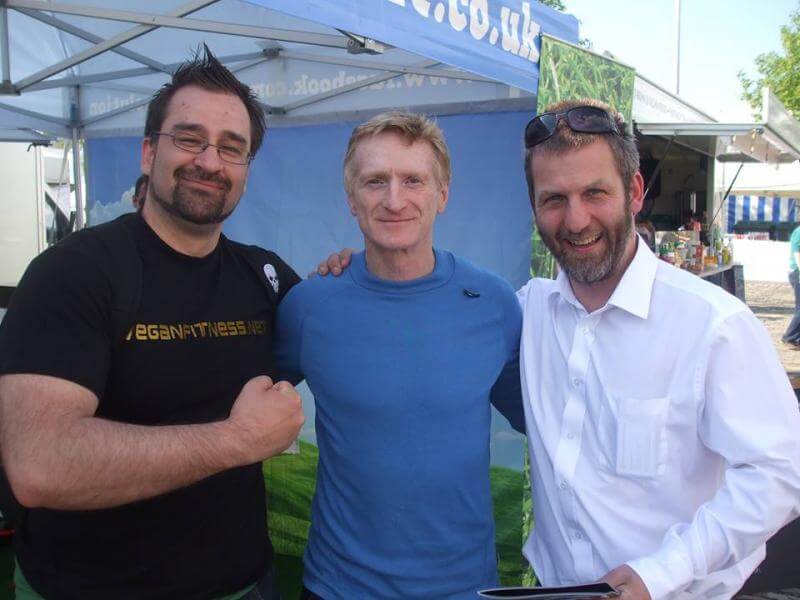 TV coverage of his goals

Neil speaks at a vegan festival